How Much do Solar Panels Cost in Buffalo, New York?

Solar panels in Buffalo New York can vary quite a bit in price, so it will be a good idea for the consumer to shop around a little bit before making a final decision. The price range in Buffalo seems to be from around $2.60 per watt (which is below the national average) all the way up to $3.20 per watt, which is above the national average of $3.00. To give you some perspective, solar panels typically come in 250 watt sizes, and you’re going to need anywhere from 20-30 solar panels to fully power your house, so you’re looking at a total cost of anywhere from $13,000-$24,000 on just your panels. Obviously this is quite a wide range, and it’s expensive either way, but before you get intimidated let’s look at some of the incentives and bonuses available to solar customers.

What are the benefits of going solar?

So solar energy is great for the planet, it’s “free”, it’s abundant and it’s renewable, we all know this. But it comes with a very real and very tangible price tag that is going to scare a lot of people away unless there’s something in it for them. So what’s in it for you? Here’s a few of the benefits the state of New York has to offer for customers willing to take the solar plunge:

How much solar power do I need to power my home?

So the key here is that every home is going to be a little different. Depending on the size of your house, the number of people living there, how long you like to take your showers, and a number of other things, you could need anywhere from 5 kw to 7 kw of solar panels to run your household, possibly even more depending on other factors. So ultimately, you and your solar installer will have to look at your past electric bills to get a better idea of how much you’re going to need to install to be fully self-sufficient.

What is the “Payback” period for Solar Panels in Buffalo?

So on average, given current costs, credits and benefits available to New Yorkers, you can expect your solar panels to have paid for themselves in only 10 years. This is about average compared to other states in the U.S., and essentially means that after only 10 years, your solar panels will have earned back all the money you spent on them in the form of rebates, tax credits and electric bill savings, and every dime you save after that point will essentially be putting money in your pocket that would not have otherwise been there.

How long do solar panels last?

Your solar panels will be warrantied by the manufacturer for 20-25 years in most cases, and your solar installer will offer a similar warranty on their work. Therefore, you can rest assured that your solar panels will almost certainly last no less than 20 – 25 years, and very likely will continue to operate after that. Hence, after your panels have “paid” for themselves (10 years), you’re looking at another 10-15 years of “free” electricity. So once again, solar proves itself as a worthy investment.

Things to look for in a solar company:

So obviously if you’re going to put this much money into any kind of project, you’re going to want to shop around. But you might be wondering, just what do you need to look for in a solar company? Here’s a few pointers that may come in handy when it comes time to choose.

Time in industry: So how long has this company been around? This definitely needs to be a consideration. Just because a company is new doesn’t mean they’re not good, obviously, but you are going to have a lot more peace of mind if you know your chosen company has been around the block more than a few times and that they can likely handle anything that comes up in the course of your installation.

Types of panels:  So there are actually a lot of kinds of solar panels out there, and not every company feels comfortable working on all of them. Some panels are meant to be on  roof tops, some are meant to be on the ground, some are smaller, some are bigger, some are made from different materials, etc. There’s lots out there, and some companies only like to work with certain kinds. Now if the kind you use doesn’t matter to you, then don’t worry about this part. But if you are sold on a certain kind or configuration of panels, make sure the company you want to use is good with that.

Payment options:  A lot of solar companies recognize that shelling out $20,000 all at once for a solar installation isn’t something the average person can just do, and therefore they offer some form of payment plan or in-house financing. But other companies could care less. They want their money right now and they don’t care how you get it. So unless you’re prepared to rob a bank or, *gasp* take out a loan. So either way, whether you’re prepared to live a life of crime or not, just make sure you know what you’re signing up for when you get ready to buy your panels and know what’s going to be expected of you.

Warranties: So almost every solar company offers a warranty of some variety. However, not every company’s warranty is actually going to be worth the paper it is written on. Some companies have great warranties and will get out there to service your solar panels any and every time they require it, whether a squirrel chews through a cord or a rogue leaf is blocking an inverter. Other companies will charge you a service fee, plus parts and labor, plus a gasoline surcharge, plus pain and suffering, plus squirrel fee, plus taxidermy, etc. So just make sure you know ahead of time and make sure you can live with whatever their policy is- Whether it’s free and friendly service calls or surly and costly drive bys, or something in between.

Reviews: Reviews are probably our most powerful tool for figuring out what a company is really all about. The internet is a great place to find honest reviews about a company’s work, and it’s very likely that you’re going to find a handful of reviews at least about virtually any solar company who has been around for at least a few years. And a couple of bad reviews may not be a dealbreaker- any company can have a couple bad reviews out there. But if you find a company with consistently bad reviews, you might want to look elsewhere.

Alright, so if you’re getting into the solar game, it’s probably best you know just a little bit about them. To that end, let’s talk about kinds of solar panels. Basically, for our purposes, we’re gonna say there are two that you need to know- Monocrystalline and polycrystalline. Monocrystalline panels are the small kinds of panels that you often find on rooftops and other similar spaces. They don’t need as much direct sunlight to function, they’re more efficient and they last longer than polycrystalline panels, but unfortunately they are also more expensive. Polycrystalline are just the opposite in many ways- They’re bigger, they’re less efficient, they need more direct sunlight, and they don’t last as long- but they are cheaper, so you see them very often in home installations where there is a lot of open sunny ground they can be put on.

So those are your basic solar panels- but what are inverters? Solar inverters are essentially the devices that convert the sunlight your panels capture into electricity you can use in your home. And there are several types of inverters out there- string inverters, power optimizers and micro-inverters being the most common in home installations- but the kind of inverters you use in your home will basically be dictated by what kinds of panels you use and where they are installed. So don’t worry yourself too much with these, your solar installer will be able to tell you what kind of inverters you’re going to need for your particular installation.

How does weather affect solar panels?

So look, is Buffalo sunny enough to support solar panels? You may not realize it but solar panels actually work as long as any sunlight is reaching your panels. It doesn’t matter what the temperature or anything else is, as long as sunlight is reaching your panels, they’re working. It doesn’t even have to be warm- as a matter of fact, solar panels actually operate more efficiently at lower temperatures. And here are a few other points to note about how weather affects your panels: 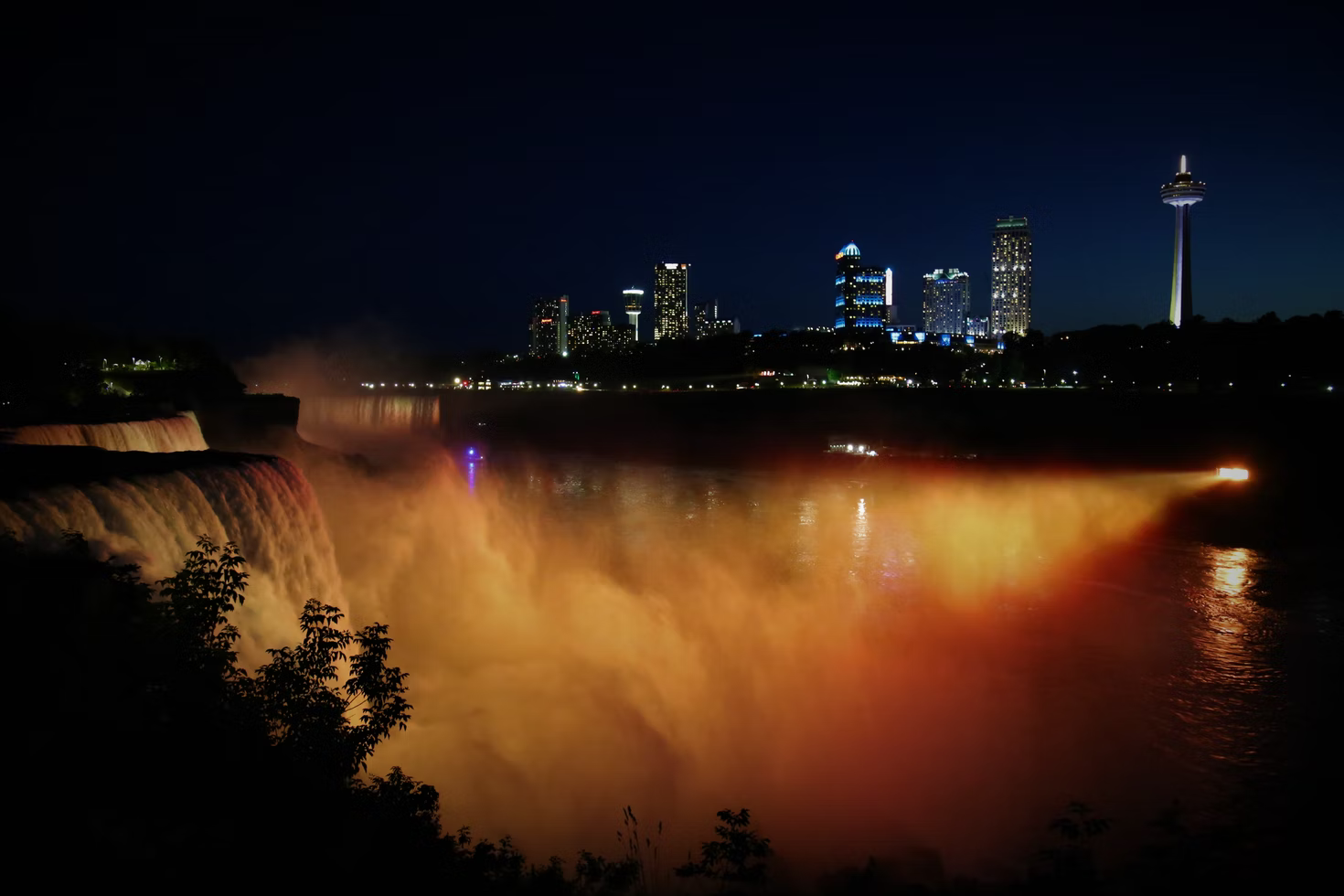 How do I get solar panels installed in Buffalo?

So the short answer here is: Lots of places.

A quick google search reveals over a dozen solar installers right there in Buffalo itself, and something important to remember is that most solar installation companies are more than willing to drive a couple of hours to complete an installation just for the opportunity to get your business. You have to remember, this is no small amount of money we’re talking about, so most of these guys are willing to travel to make the trip.

So when looking for a solar company, don’t forget to extend your search to nearby Rochester and possibly even as far as Toronto and Syracuse. Some companies may not be willing to travel that far, but others will and it may be worth your time to check them out.

So in the end, what have we got? New York has roughly average prices for solar panels, so you’re not going to pay more than most other people in the country on your initial investment. The state has quite a few really good incentives in place- tax breaks, solar energy credits, etc- that can help you pay for your solar panels, so they’re going to “pay” for themselves pretty quickly, in only about 10 years. Your panels are going to last significantly longer than that, at least 20-25 years, so you’re going to be getting “free” energy for the rest of that time. Buffalo’s climate is suited just fine for solar panels provided you can find a way to remove snow from them in the winter time, and there are plenty of solar installers available not only in Buffalo itself but also in nearby cities. Buffalo is as solar-ready as most other towns and cities in the U.S., so if you’re considering going solar, you’re in good shape.